The Film Industry in Cyprus: A Blooming Sector 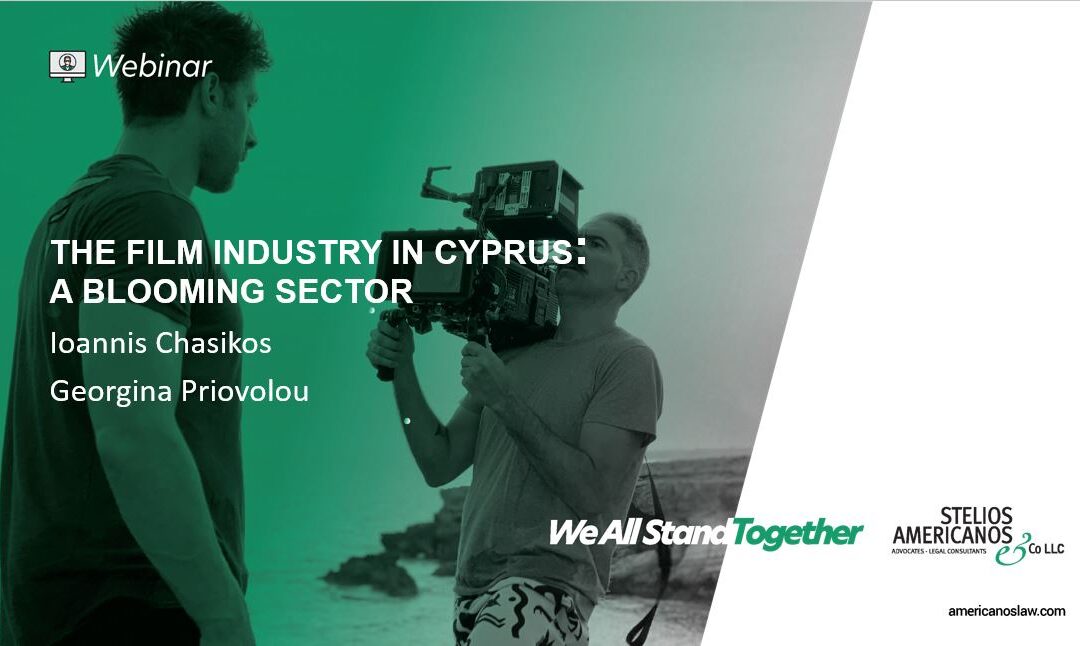 Georgina Priovolou and Ioannis Chasikos of Stelios Americanos & Co. LLC delivered a webinar on the policy and regulatory framework for the promotion of Cyprus as an island for filming. Committed to boosting this highly promising sector, the government of the Republic of Cyprus introduced a package of incentives encouraging international producers to choose Cyprus as their next film destination.

Specifically, production companies that opt to film in Cyprus will be able to choose between cash rebate or tax credit and can also benefit from tax discounts on investments made on equipment and infrastructure, and VAT returns on expenditures within scope.

Qualifying production categories include, amongst others, feature films (including animation), television series or mini-series, documentaries for theatrical or television release, animation (digital or analogue), television research programs and natural history.

The film industry constitutes a complex and ever-flourishing sector in the global economy, posing multiple legal challenges and tasks. In acknowledging and addressing the multitier process of filmmaking, Stelios Americanos & Co. LLC provides the full range of legal services, ranging from the business legal structure in compliance with the Government’s scheme to the numerous legal questions and agreements in the development, pre-production, production, post-production and distribution film stages.