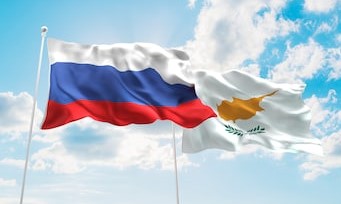 The agreement was concluded on the 10th of August 2020, between the Cypriot Finance Minister Mr Constantinos Petridis and the Russian Deputy Prime Minister Mr Alexei Overchuk.

The two main changes increase the withholding tax on dividend and interest payments from Russia to Cyprus.

A reduced 5% withholding tax on dividends will apply in the following situations:

• if the dividends are received by publicly listed companies, with minimum participation of the public at large of at least 15% (free floating voting shares) and 15% direct minimum participation in the dividend paying company throughout a 365-day period including the day of payment of the dividends.
• if the dividends are received by pension funds, insurance companies, Government, a political subdivision, the Central bank or local authority of the other contracting state.
Even though the provisions of the Double Tax Treaty are the same for payment of dividends from Cyprus companies to Russia, no withholding tax will apply since local law provides for no withholding tax on payment of dividends to non-tax resident entities and individuals and non-domiciled individuals.

For interest payments the current 0% withholding tax on interest was increased to 15%.

Furthermore 0% withholding tax will apply in the following cases:

• if the beneficial owner of interest are banks, pension funds, insurance companies,
• Government, a political subdivision, the Central bank or local authority of the other contracting state.
Also 0% will apply on the following securities listed on a registered stock exchange:

• government bonds
• corporate bonds
• Eurobonds
As with dividends above, interest payments from Cyprus to Russia have no withholding tax in Cyprus.

It is important to note that the Russian Government has reassured Cyprus that similar provisions will be introduced in other Double Tax Treaties and introduced also on 1st of January 2021 with other treaty partners such as Malta, Luxemburg, Netherlands, Honk Kong and Switzerland.

Please contact a member of our staff for further information and/or clarifications.